Game of Thrones was a television phenomenon perhaps never seen before. Although the golden age of television has been over for quite some time, the show that broke up the protagonist’s narrative by sacrificing an actor of Sean Bean’s caliber in the first season was not something we see every day. Interestingly, after the final season’s poor reception, Game of Thrones remains one of the most iconic shows of our generation. That is probably why House of the Dragon, set 200 years before the events of GOT, had a similar effect on the fanbase.

Highlighting the differences between the two series, we will go over what House of the Dragon did better and worse than the “original”.

Unlike in Game of Thrones, George R.R. Martin was involved in writing the scripts through consultations from the get-go. What was truly lacking in the last few seasons of GOT was the guidance of the author of the novels. It is not only a matter of authenticity to the source material but its impact on the characters and their aesthetic traits as well.

Although there are plot twists, political intrigue and plenty of opportunities to surprise the viewers, House of the Dragon lacks one of GOT‘s best qualities: the unpredictability of its world. In Game of Thrones, any character – even the strongest and most respected ones – got into dangerous situations caused by various strangers and events that none of us could have foreseen. Remember when the best swordsman of all Houses, Jaime Lannister lost his hand to an assault by brigands? It was an emblematic moment that is a great example of the series’ genius. 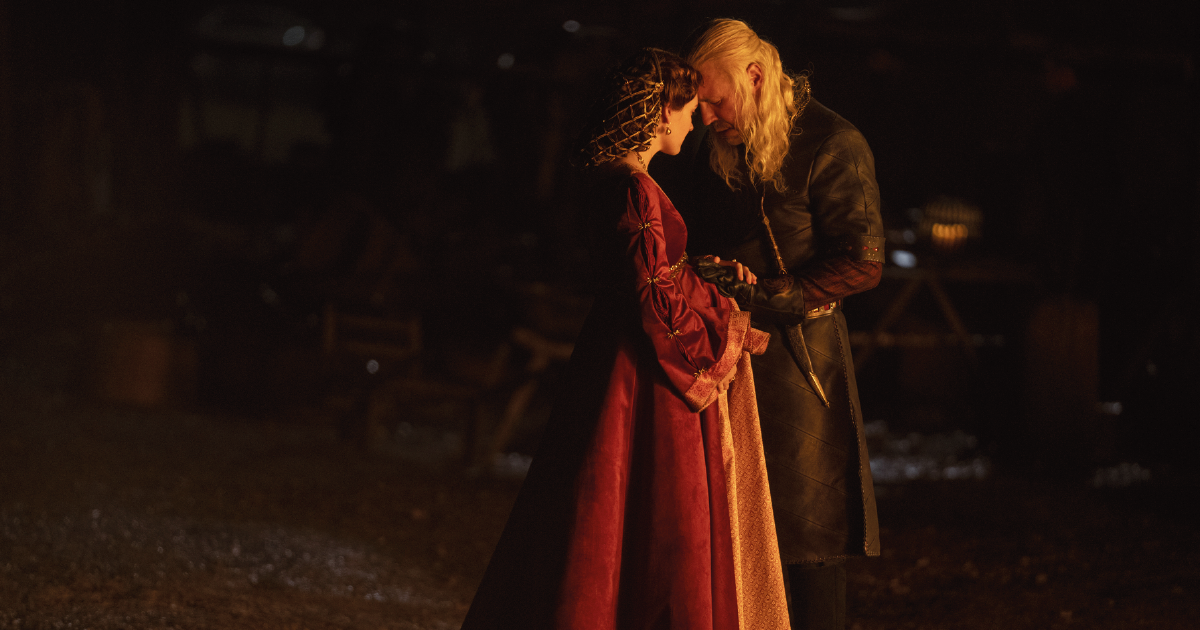 You surely expected this one: the dragons in the show not only look better visually but their significance is also introduced much more thoroughly – and it is only the first season. In the following episodes, we will likely see the fall of these creatures, but all in all, House of the Dragon makes dragons a much more interesting aspect than GOT ever did.

Despite the fact that their world is essentially the same, House of the Dragon favors only the noble houses and forgets all the damned and interesting gray areas that existed in Game of Thrones. This is something that was expected, since House Targaryen is in the middle of the events and nobility tends to forget about everyone else. We don’t really move away from the castle walls, which is not only something that GOT did often but exploring every meander of Westeros was one of its great strengths. 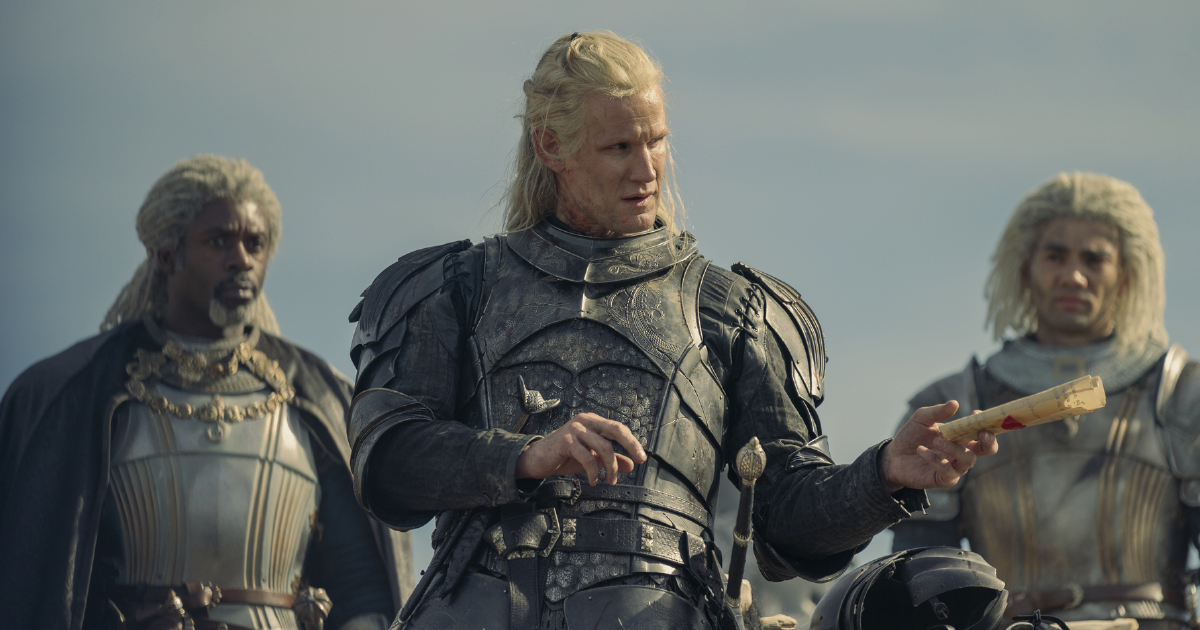 A shortcoming often highlights a virtue. In this case, House of the Dragon tells the story of a noble lineage really well, showing the difficulty of succession. Of course, Game of Thrones explored this aspect of the story too, but it always had a bigger focus on Daenerys‘ path. House of the Dragon undoubtedly succeeds and excels in thoroughly portraying how power and inheritance can corrupt a family.

The fight scenes of House of the Dragon are not bad by any means but they come off as somewhat mediocre compared to the ones we got used to in Game of Thrones. We are still early in the story but it seems like the series is not interested in big fights in the open but rather in those at King’s Landing. Intrigue and betrayal are distinctively favored in the spin-off. 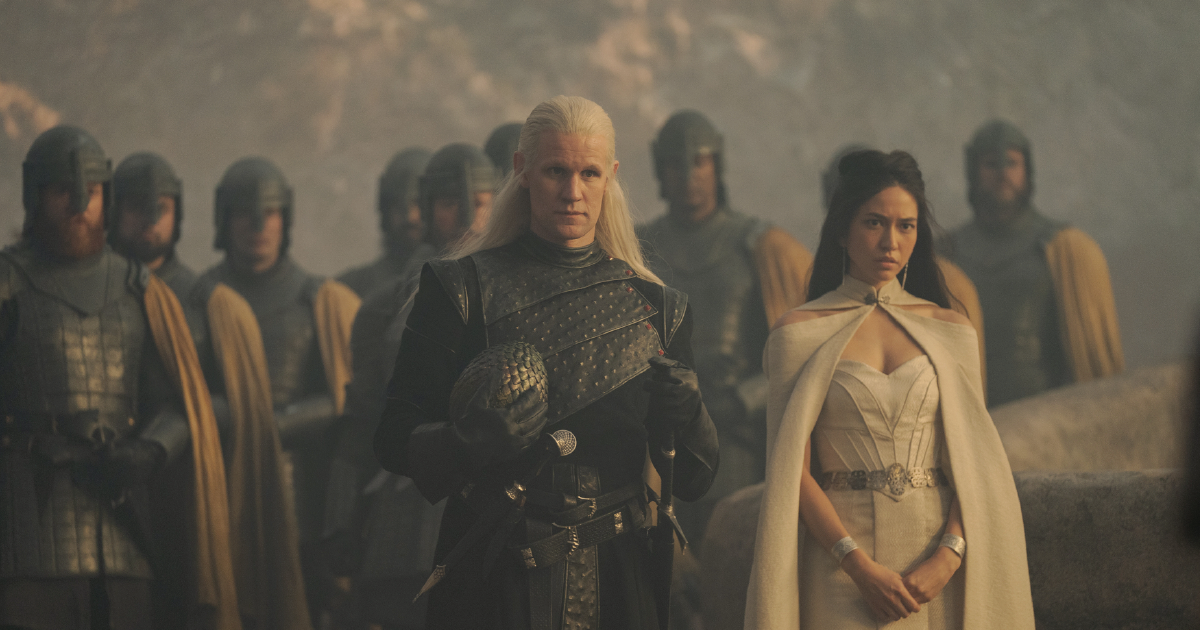 Throughout the first season, House of the Dragon addresses many hot topics in today’s society, such as bigotry and the delegitimization of women in power. While Game of Thrones had a lot of queens in its narrative, almost as if it was easy for women to attain those political positions, in House of the Dragon the problem is more evident and out in the open.

A flaw noted by many involves the dynamic of time jumps. Unfortunately, these jumps risked damaging some of GOT‘s greatest strengths: its subplots and continuity. House of the Dragon unfortunately does not have the same thoughtfulness but rather it has more mediocre subplots that angered the audiences.