669
VIEWS
Share on FacebookShare on TwitterShare on LinkedIn
ADVERTISEMENT

In film production, there are always two kind of films being made: one film that is written, directed and captured on camera, and the other one with all the other events happening behind the scenes. It is the latter one, that is more private, might be more wild and can mean truly magical moments for the team.

We’ve gathered together some of the films that have created interesting stories during their shooting. We’d also like to warn you now, that the list may contain spoilers. 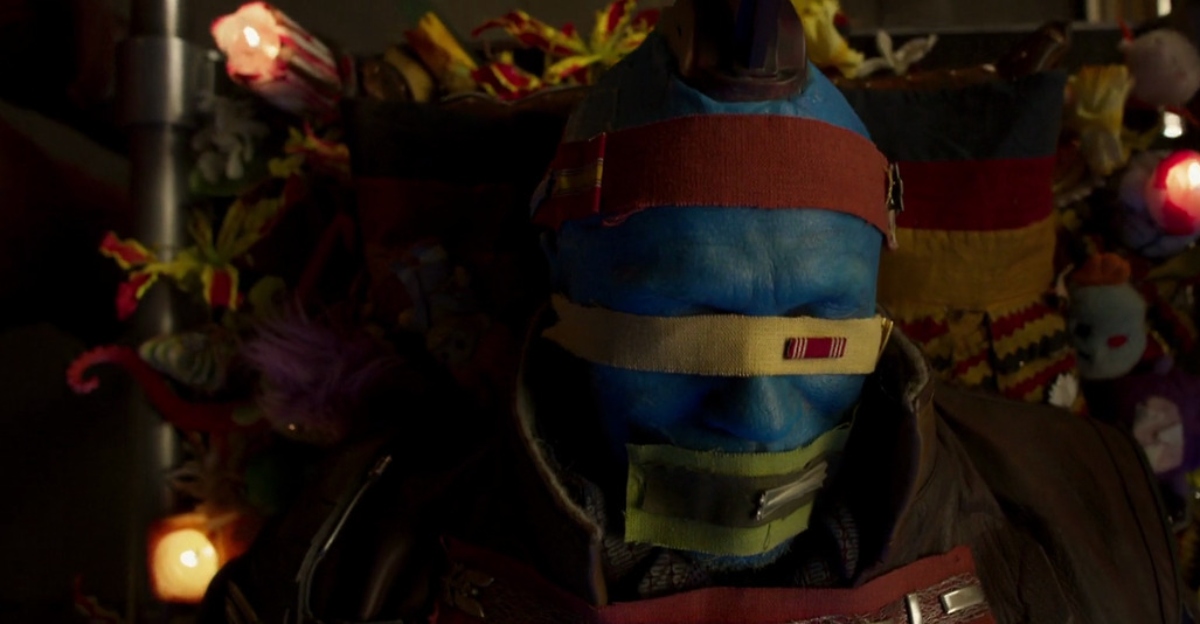 At the end of “Guardians of the Galaxy Vol. 2”, Michael Rooker‘s character sacrifices himself to save Chris Pratt‘s character. Immediately after the emotional scene, a touching eulogy is delivered, in which we say goodbye to the beloved character. In this scene, Michael Rooker is lying in the dark dead, surrounded by his colleagues, and just falls asleep, deeply reliving the scene.

Michael tried to explain: “I fell asleep about five or six times. We did about five or six takes. I can sleep and still know what’s going on. Subconsciously, as soon as the cut was done, I woke up. Right after they said ‘action’, within 10 seconds or so, I was already sleeping.” 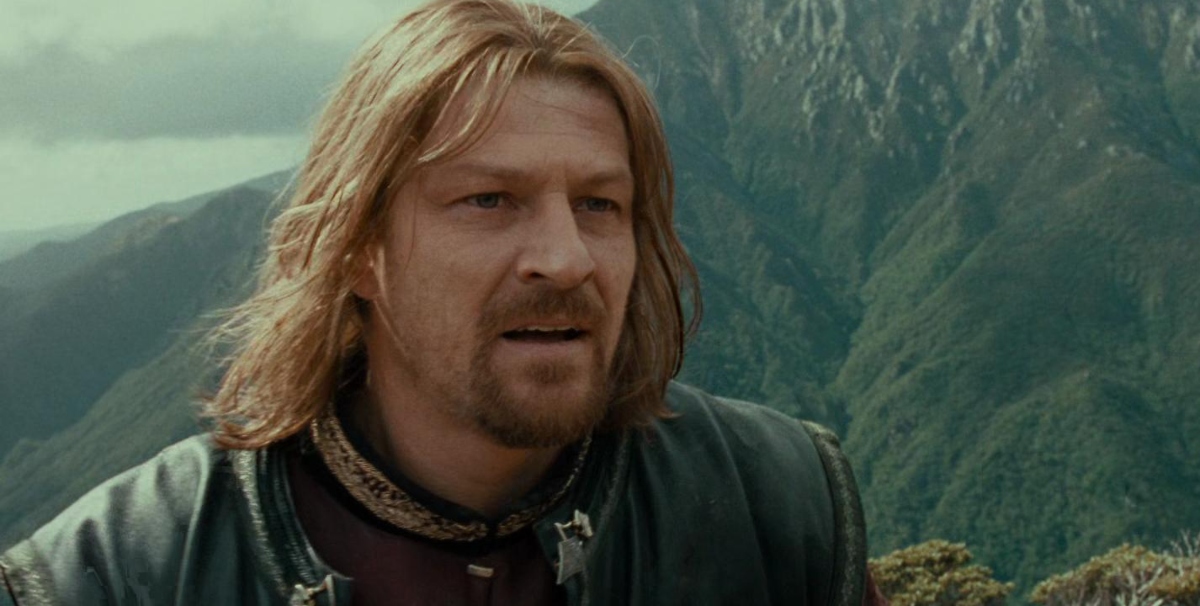 “The Lord of the Rings”

The cast of “The Lord of the Rings” often used helicopters to fly to remote locations to film during the day. But actor Sean Bean was afraid of flying. Instead, he walked and even climbed mountains dressed in character to reach the location.

Bean said: “I used to be a bit terrified of flying,” Bean said to UGO. “In “The Lord of the Rings”, we had to go up by helicopters and I had to walk the whole way, really. I was two hours behind everybody else on the top of this mountain because I just didn’t want to get in any helicopters.” 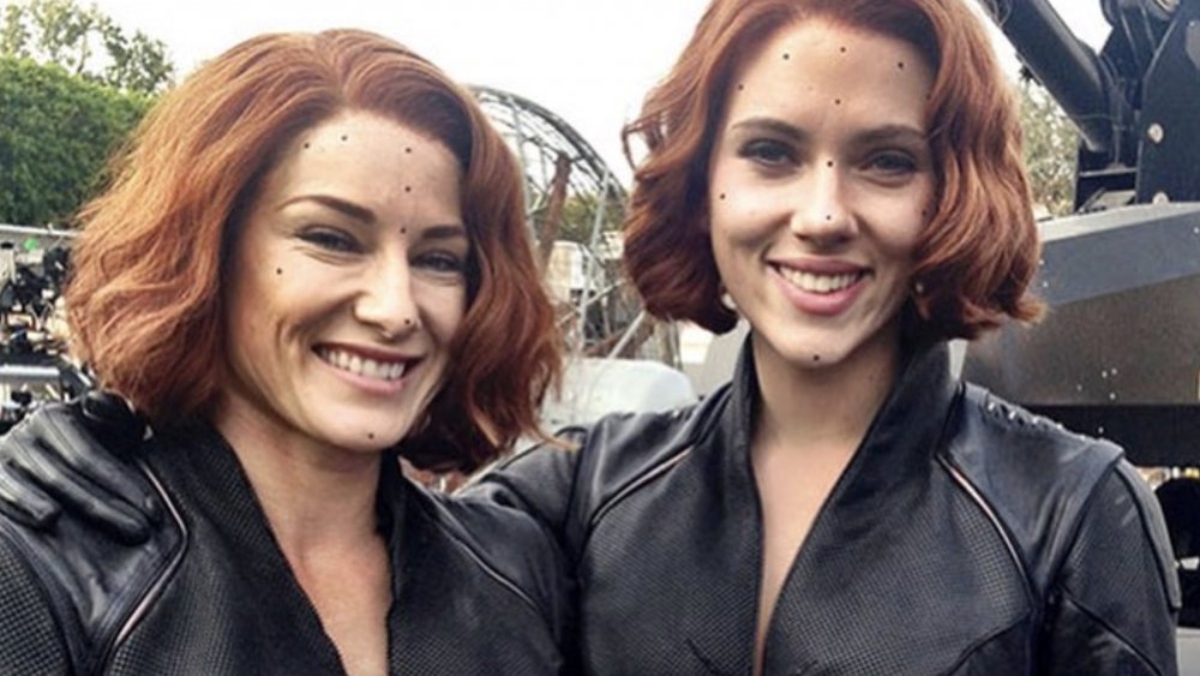 With the release of the “Black Widow” movie, actress Scarlett Johansson is considering to say goodbye to the Black Widow she has played since its release in 2010. But she wasn’t the only Black Widow in the Avengers: Ultron era. When she was pregnant, and it was becoming noticeable, the production team hired three doubles for the action scenes. This caused some confusion on the set.

Apparently, the doubles were too much alike the actress, even confusing her colleagues. According to Chris Evans, he started talking to one of them as if he was talking to the lead actress, and it was only after a while that it dawned on him that there had been a misunderstanding. 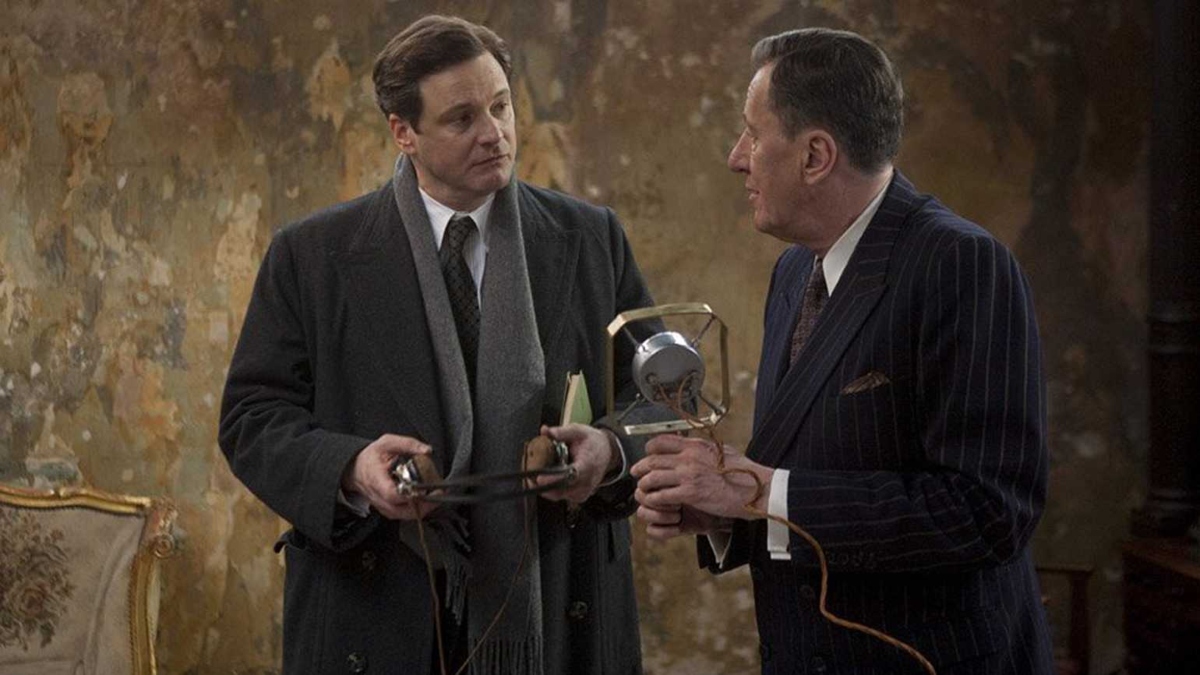 The film’s screenwriter, David Seidler, asked King George VI‘s widow, the Queen’s mother, for permission to make the film. However, she asked him to wait until her death because the memories would be too painful for her. By respecting her wishes, David became the oldest person, at 73, to win the Academy Award for Best Original Screenplay for this film.

And just nine weeks before filming, the notes of the King’s real therapist, Lionel Logue, were found written at the therapy sessions. One of the last notes between Logue and King George VI actually came directly from there: “You still stammered on the ‘W'”. – said Lionel to the King. And he replied: ”Well, I had to throw in a few so they knew it was me.” 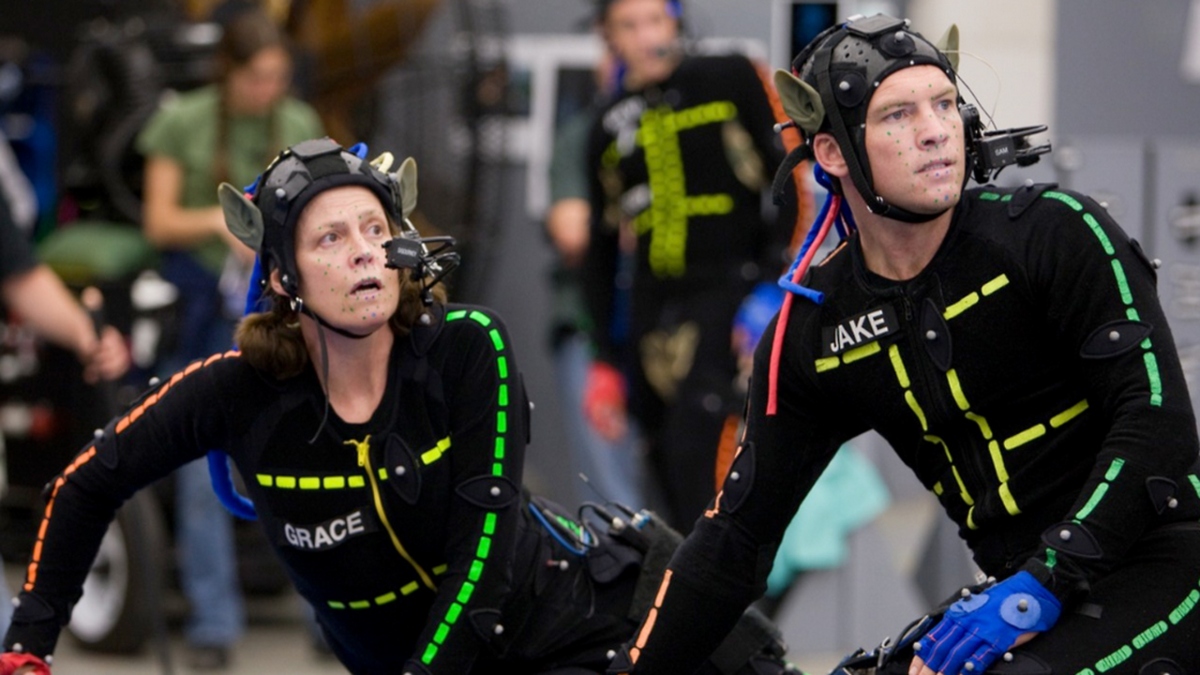 This film, which took 8 years to get the special effects needed and another 4 years to shoot and edit, was a real challenge for the actors. The actors playing the Na’vi had to wear a head-mounted camera and dots painted on their faces so that the motion capture software could record their facial expressions.

As if that wasn’t enough, director James Cameron reportedly carried a nail gun onto the set, which he used for placing mobile phones at the ceiling when they rang. But on hearing these allegations, he laughed and said: “I really only threaten to nail gun the stuff.” 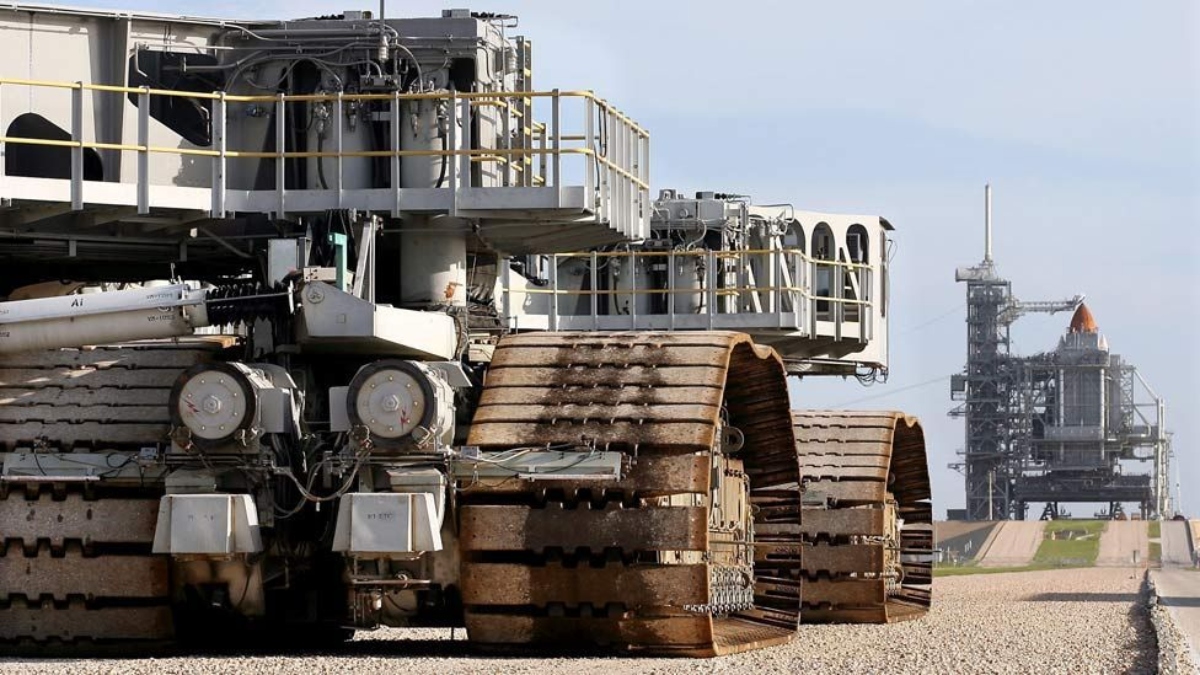 While filming on location in Tunisia, the Libyan government became concerned about a huge military vehicle parked near the border. The vehicle in question was a Sandcrawler machine. These are huge mobile fortifications used in the Star Wars universe. Their design was inspired by a NASA rover designed to explore alien planets.

The Tunisian government was unconcerned about all these details and politely asked director George Lucas to take the vehicle away from the border. 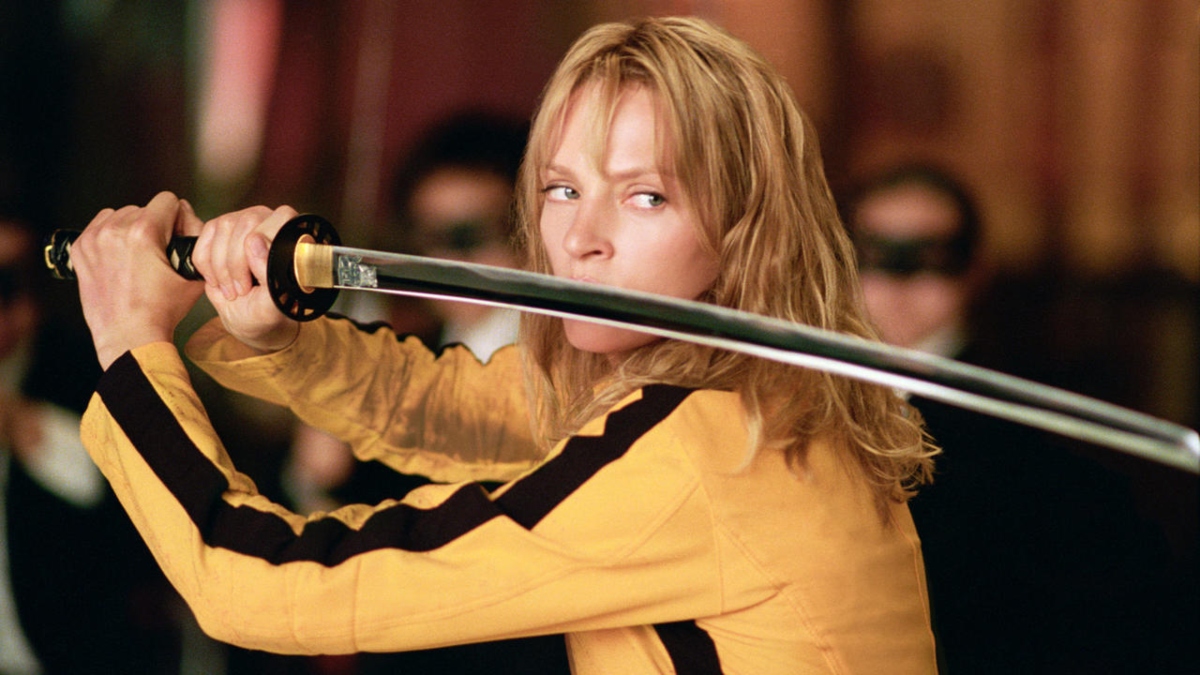 Actors are not the only ones who can be injured during the production of difficult scenes. In a scene where actress Chiaki Kuriyama was working with a ball and chain, she accidentally hit producer Quentin Tarantino on the head as he stood next to the camera.

The crew kept their good mood, turned to the camera and waved, “Hello, Sally!”, a message to the film’s editor, Sally Menke. Apparently, this and other sweet pranks on Sally were common in Quentin Tarantino‘s productions. 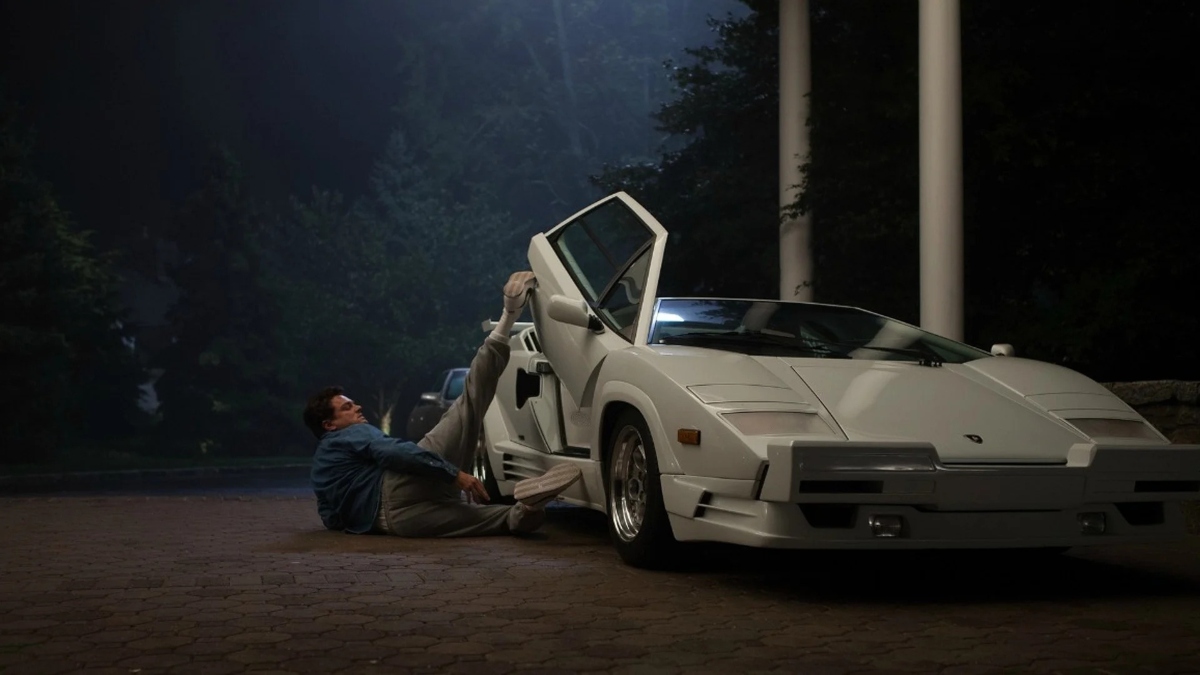 Considering that the film was banned in 5 countries, it is good to know that the scene where Leonardo DiCaprio and Joanna Lumley kiss had to be mastered 27 times because DiCaprio was too nervous. He later admitted that he liked to flirt with her.

In addition, the car scene in which Leonardo DiCaprio opens the door with his foot was improvised by the actor because his back was hurt and could only perform the stunt once. 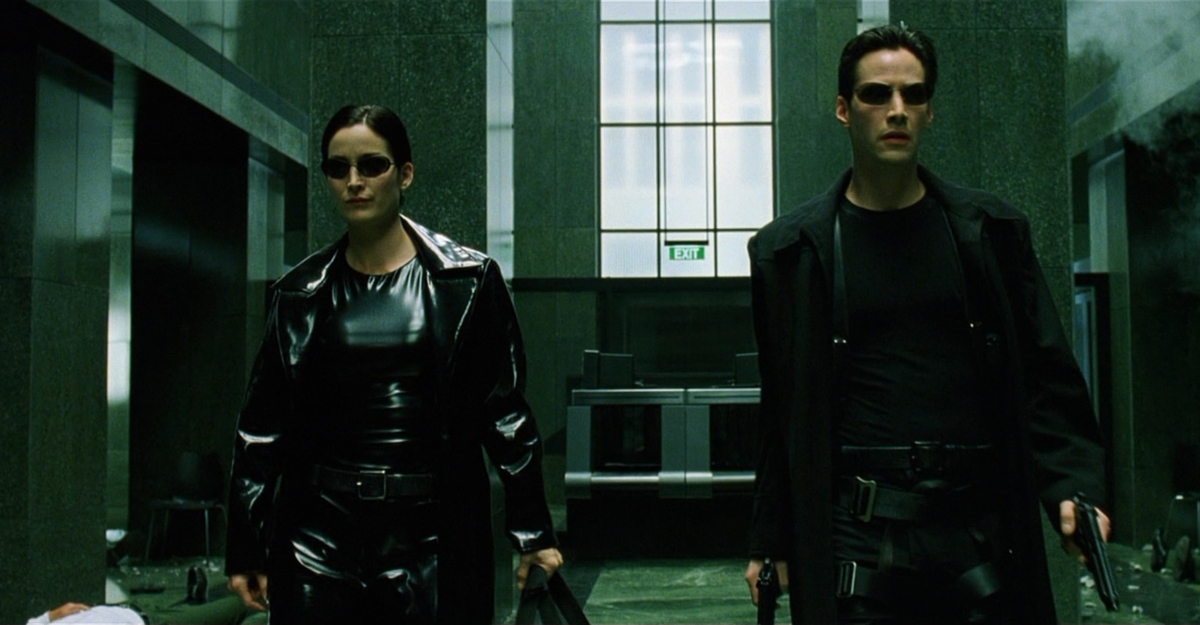 Carrie-Anne Moss wanted to do this film so badly that even if she twisted her ankle, she didn’t tell anyone so that they wouldn’t cast someone else. As for Keanu Reeves, he lost fifteen kilos to give his character a slim appearance.

Also, after the big shooting scene in the lobby, when the camera moves away, we see a big chunk falling off of one of the pillars. This was not planned. But the scene was used in the film as it brings this part a great closing. 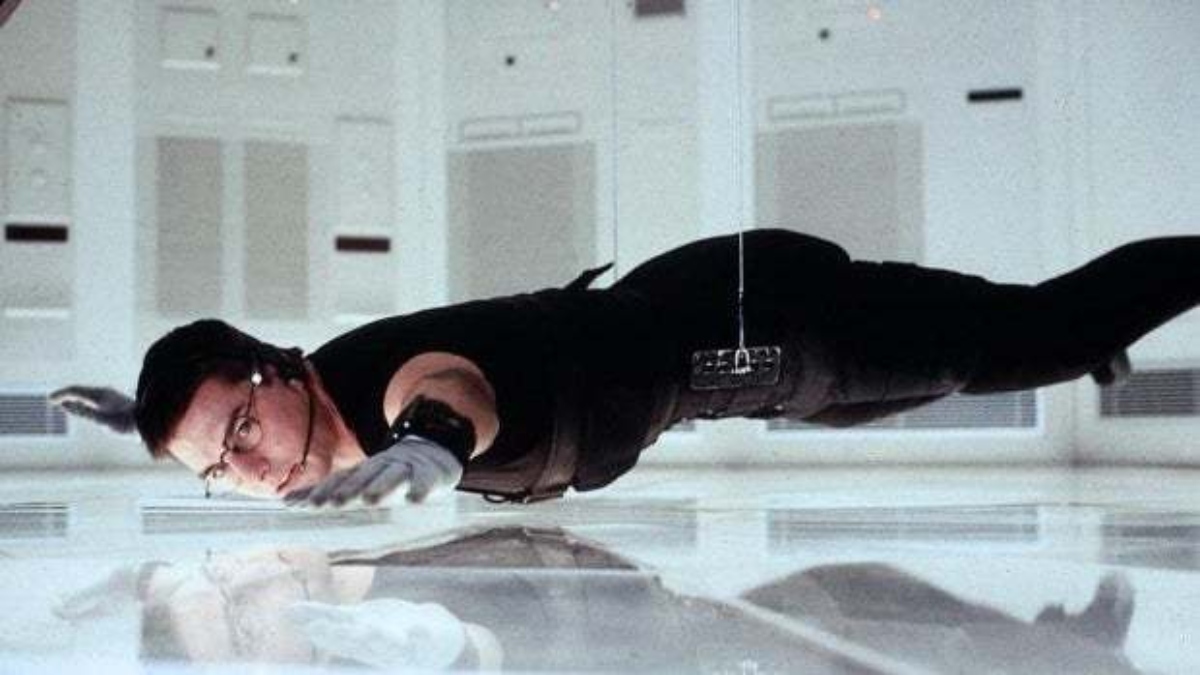 The first film in the series, from 1996, is also the last motion picture from the major studio to be released on VHS cassette, and that particular train scene took about 6 weeks to shoot. The scene was so impressive that a helicopter flew through a tunnel successfully in Brazil in 2006, inspired by it.

Even so, the film was low grossing and Tom Cruise did all the stunts himself. For example, during the scene where he falls from the ceiling, he kept hitting his head on the floor. So he had the idea of putting coins in his shoes to compensate the weight of his upper body. It worked like a charm.