10 Movies Where the Bad Guys Win

10 Movies Where the Bad Guys Win

It seems like “the good guys always win” is an unwritten Hollywood rule that dictates the narrative flow of most blockbusters made since film became a thing.

We’re used to seeing the bad guys losing – mostly because that’s one of the requisites for being a bad guy: you have to be the one who loses at the end of the film.

However, there are movies that challenge the expectations of their audience, and we picked some of the most shocking ones to create our list of 10 movies where the bad guys win. 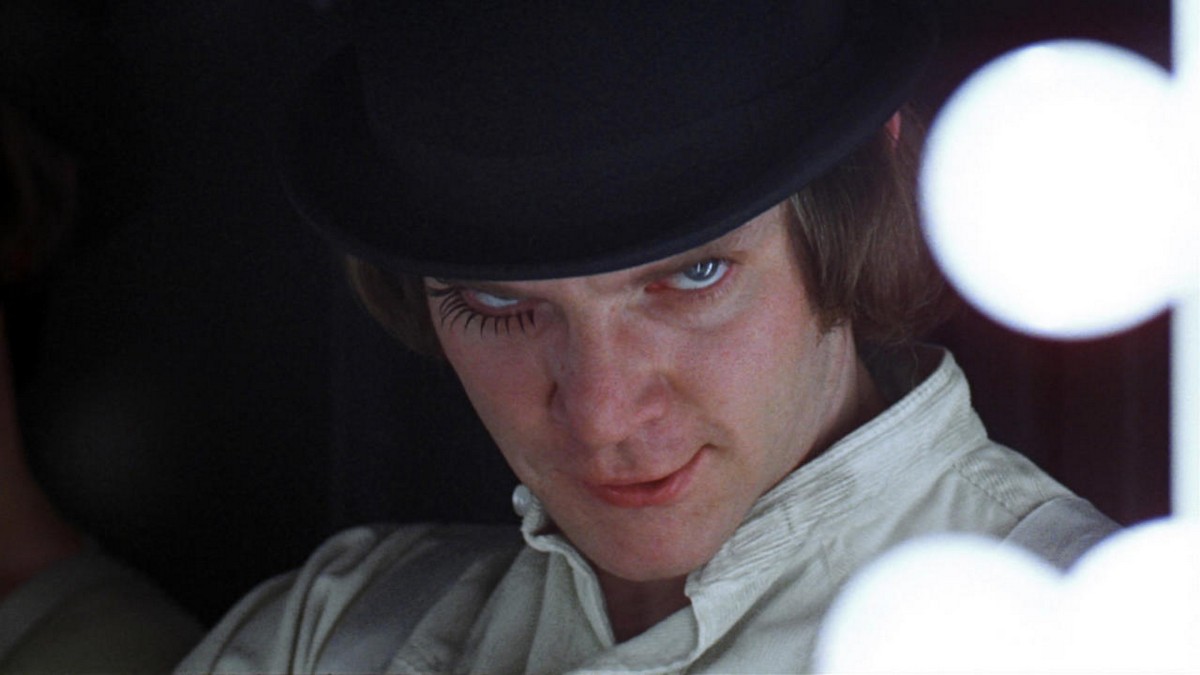 Directed by Stanley Kubrick, “A Clockwork Orange” is based on the novel of the same name written by Antony Burgess. Unlike some of Kubrick’s more controversial works, this film remains one of his most faithful adaptations, down to the fact that the story’s protagonist, Alex DeLarge, is a psychopath that never really gets his comeuppance.

Though Alex is exposed to a revolutionary treatment to suppress his destructive impulses, at the end of the film it’s made pretty obvious that Alex’s evil is there to stay. A chilling ending that elevated Malcolm McDowell’s performance to Hollywood’s hall of fame. 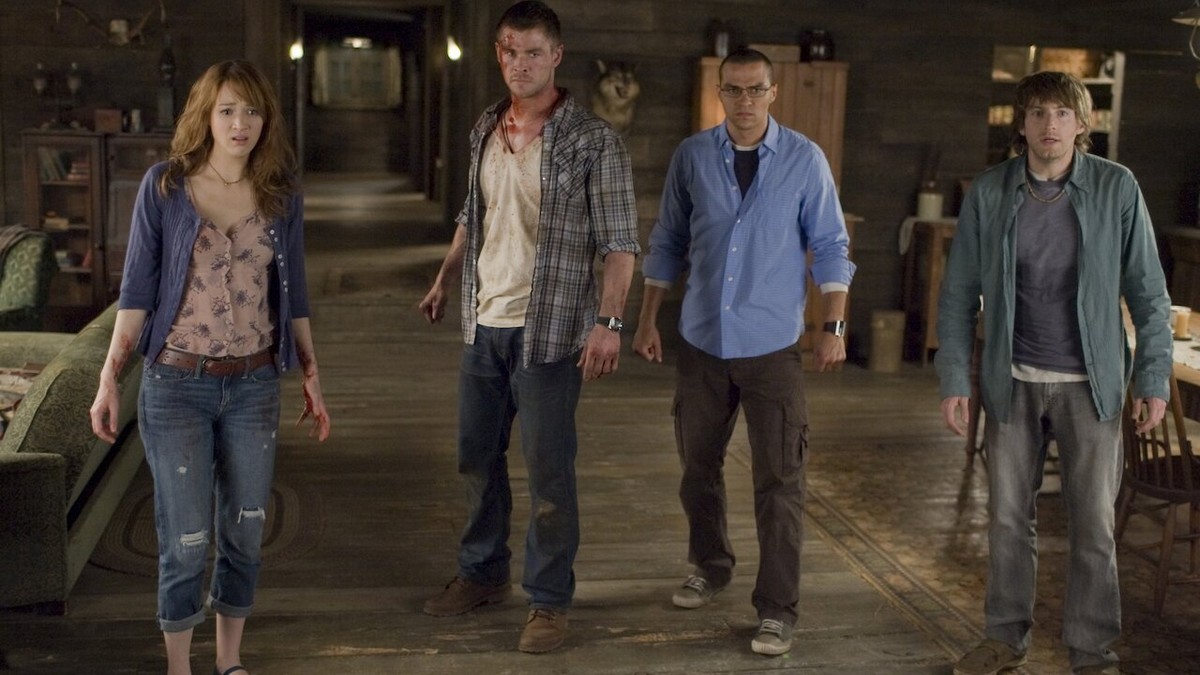 If there’s one thing that 2012’s “The Cabin in the Woods” loves to do, that is to subvert the audience’s expectations at every step of the way. What initially seems like just another clichéd horror film soon evolves into a deep analysis of the genre and stereotypes associated with the genre – culminating with an unexpected twist.

As it turns out, the “cabin” was just a front to perform some sort of techno-magical ritual to appease the ancient gods. When a group of college students messes with the plans to have them brutally murdered, they release the anger of the eldritch entities upon the world, effectively condemning humanity to extinction. 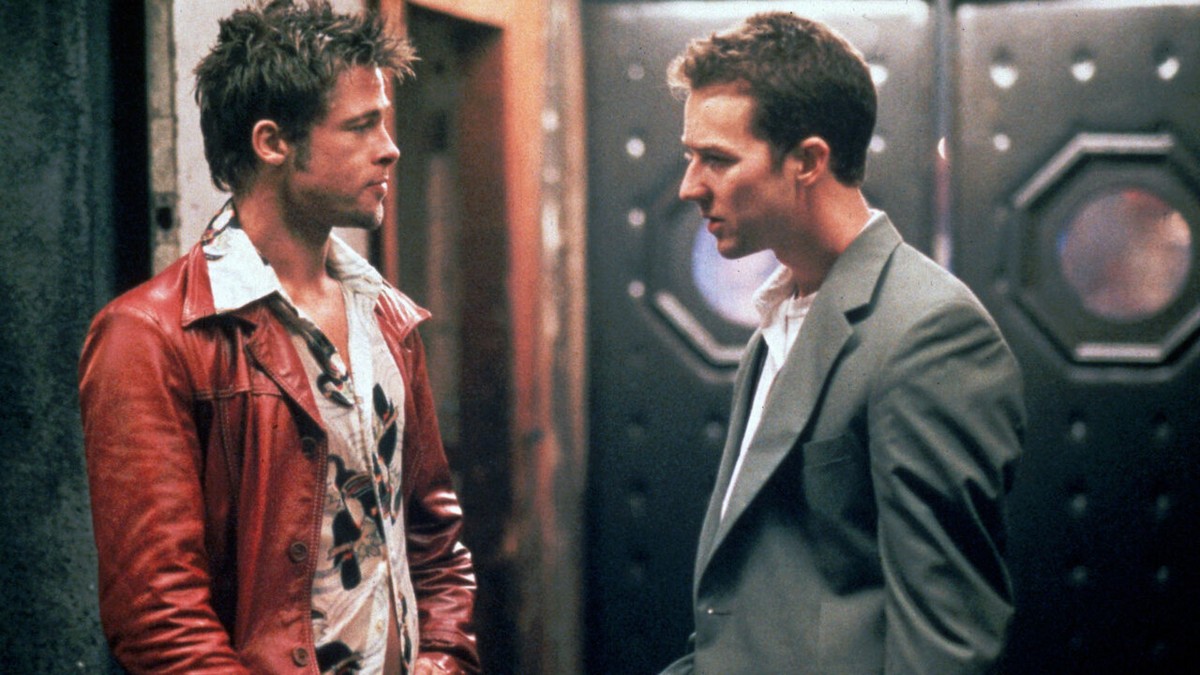 “Fight Club” serves as the perfect example of the 90s ennui turned into a movie. Based on a novel by Chuck Palahniuk, “Fight Club” follows the story of a nameless individual who meets Tyler Durden: a man who seems hellbent on destroying every aspect of modern society.

The movie’s huge plot twist is that Tyler is actually a split personality of the main character of the story. Even though the man manages to stop Tyler’s taking over his life, he’s not fast enough to stop Tyler’s ultimate plan of blowing up several bank buildings, collapsing a great part of the global economy in the process. 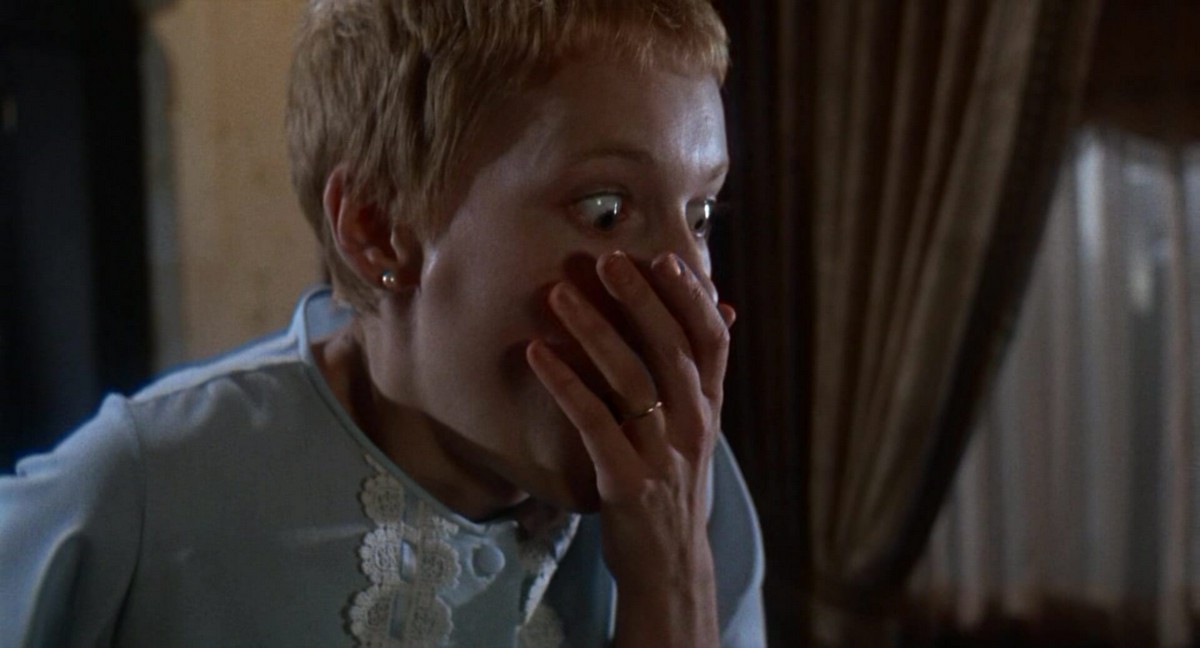 When Roman Polanski directed “Rosemary Baby” in 1968, the “Satanic Panic” had yet to make its way into the American mainstream. Perhaps that’s the reason why a movie about a cult that needs a newborn as a sacrifice for their Satanic rituals was as shocking as it was in a time when most people were concerned with the hippies.

Though most of the film deals with Rosemary Woodhouse and her struggle to escape some unlikely enemies, the movie ends with the shocking realization that all she did was for naught. It’s an unusually grim ending for the time and one that could also be considered one of the very best endings in horror film history. 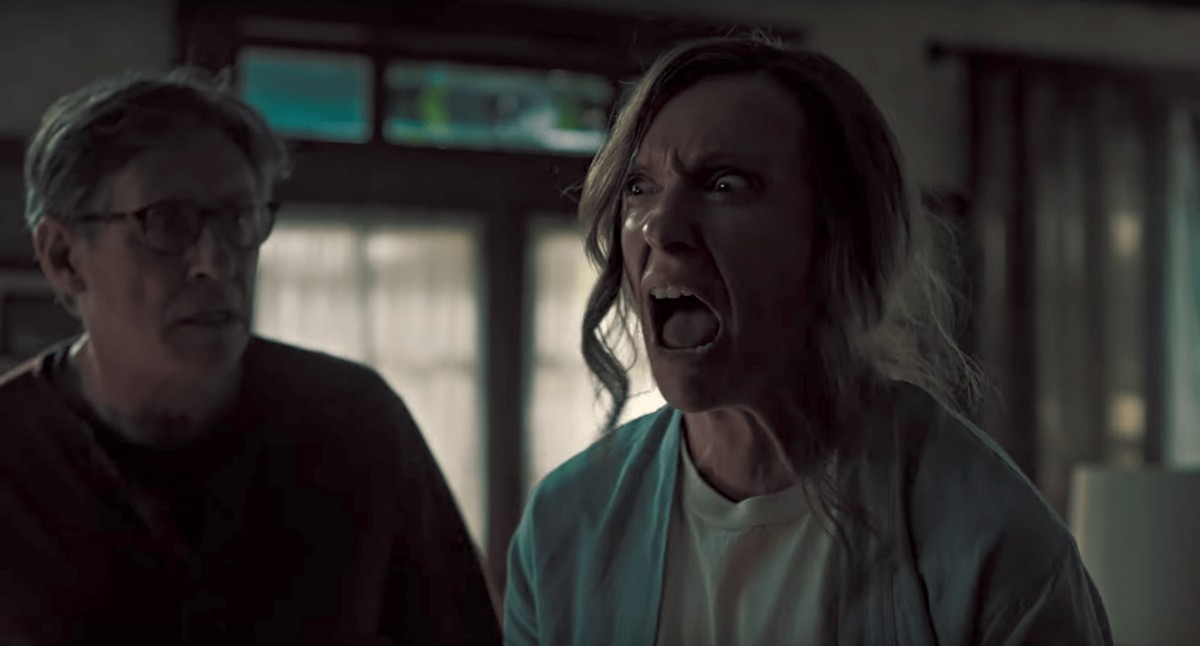 Speaking of horror, Ari Aster has demonstrated that he might be the modern master of the genre with two incredible movies that defy some of the more stagnant genre conventions in the most shocking ways imaginable. Even though “Midsommar” has an ending that’s as much as a bummer, you just can’t compete with the masterpiece of evil that is 2018’s “Hereditary”.

Broken by an unspeakable accident, a family struggles to remain together through the trying times. However, when forces beyond human comprehension get a hold of them, it soon becomes clear that there’s no escape possible, and that death is the only thing that awaits them all.

David Fincher’s “Gone Girl” is a bit difficult to categorize in this list because who the “bad guy” is changes wildly throughout the movie’s runtime. At the beginning of the movie, we’re convinced that Nick Dunne (Ben Affleck) is the obvious bad guy. However, as Amy’s (Rosamund Pike) plans are revealed, the film does an intense 180.

In the end, whoever wins in “Gone Girl” counts as the bad guy winning. That said, Amy is objectively the worst of the two, and it just so happens that it’s her who gets the last laugh in this twisted tale of revenge and deception. 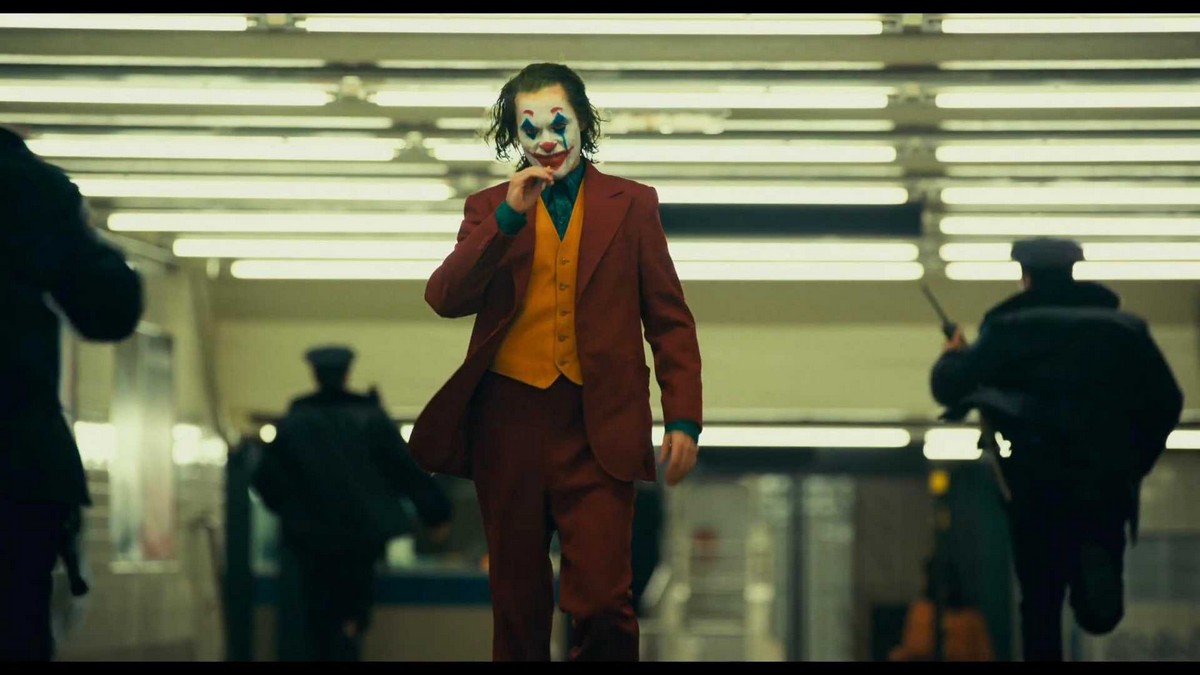 Another film that knows a thing or two about getting the last laugh is 2019’s “Joker”. The movie, directed by Todd Phillips, presents us with a new take on the origins of Batman’s deadliest enemy – one that can almost make you feel sorry for a homicidal maniac like the Joker.

By the end of the film, Arthur Fleck has sparked a revolution and disposed of everyone who was ever cruel to him. The future Clown Prince of Crime poses triumphantly together with a mass of revolters, and even seems to kill a mental hospital worker just as the end credits roll.

Arguably one of DC’s finest movies, “Joker” was incredibly well received by critics and audiences alike. The movie also made history by becoming the first R-rated film to make $1 billion in worldwide ticket sales. 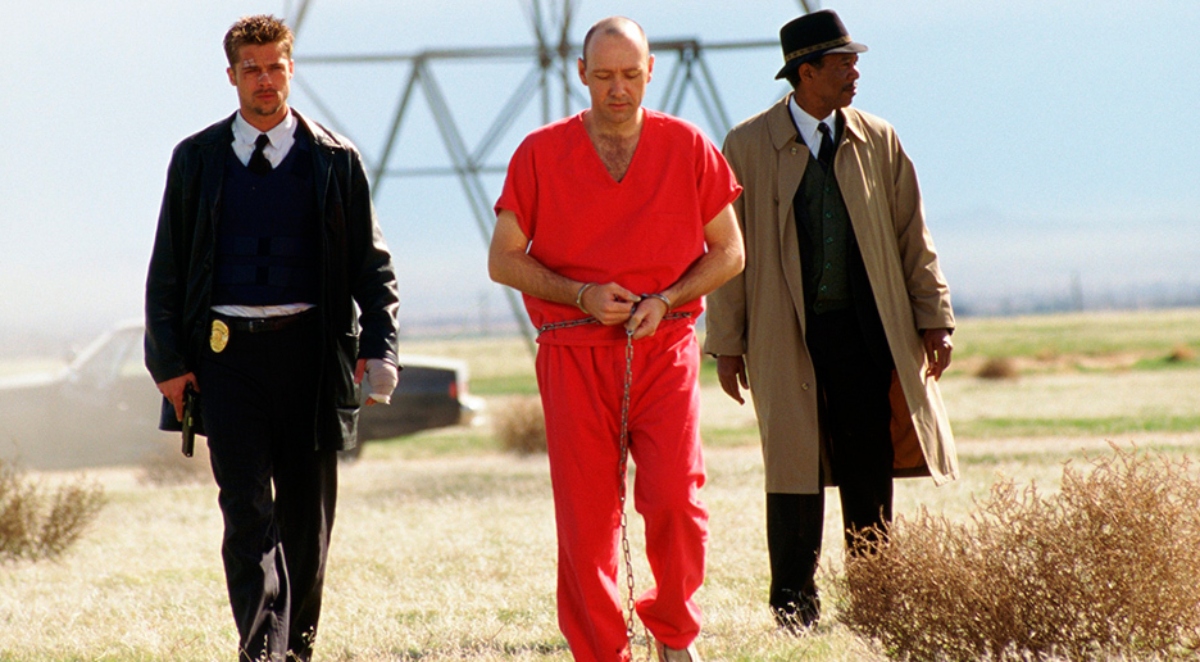 Gritty, dark, and emotionally intense, “Seven” is one of the best police dramas ever made. Starring Brad Pitt and Morgan Freeman, the movie follows a seasoned veteran and a rookie detective as they join forces to catch a serial killer who has a fascination with the seven deadly sins.

Just as it seems like the pair was able to put an end to the killer’s insane machinations, the story takes a turn for the worse when it is revealed that Pitt’s character’s girlfriend, Tracy, has been missing. Following the clues provided to them by the killer, the cops find a cardboard box that contains the severed head of the innocent Tracy.

A bleak ending to a bleak film, the film is one of the most shocking moments in the entire movie. New Line Cinema executives were reportedly dissatisfied with the ending, preferring a more uplifting one instead. Brad Pitt, who was the movie’s top-billing actor, refused to appear in the film if they made any changes to the ending. 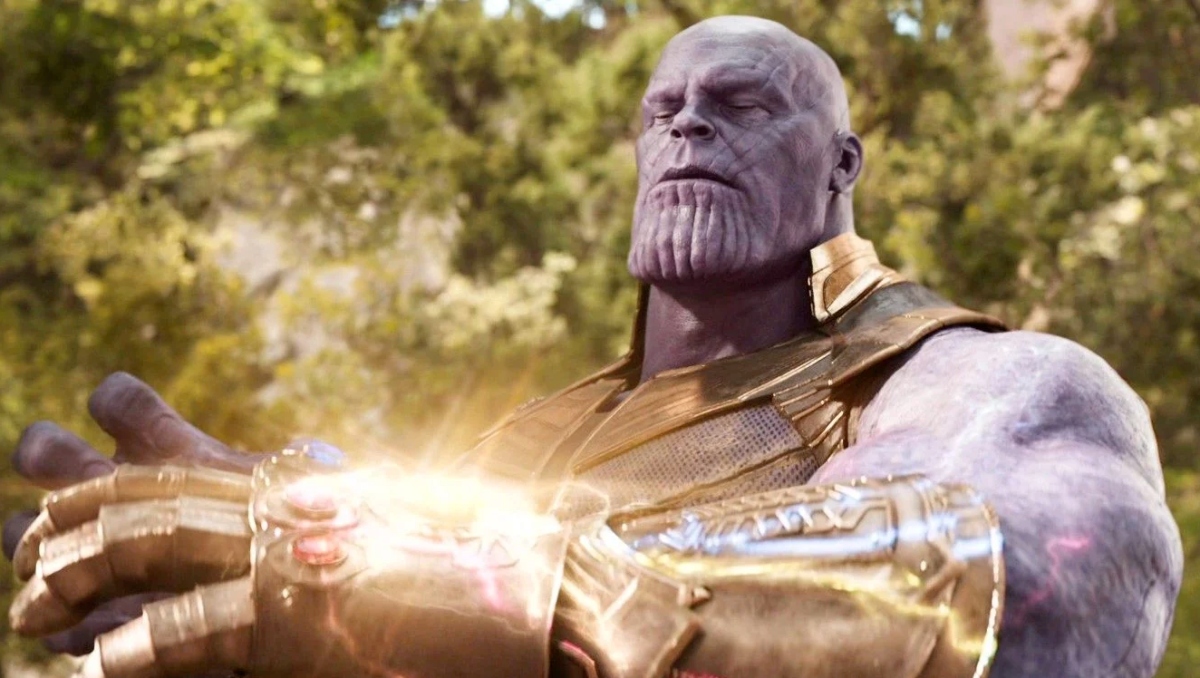 The culmination of a decade of Marvel movies turned out to be one of the most impressive events in movie history. “Avengers: Infinity War” sees Earth‘s Mightiest Heroes facing off against the formidable Thanos, as the Mad Titan seeks to eradicate half of the universe’s population to achieve his twisted idea of a balanced existence.

As entertaining as they are, MCU movies are as predictable as they come: a bad guy comes, the good guys find them and beat them, everyone is happy and the movie ends. This time, however, the good guys were obliterated by Thanos, who finally gets his wish granted and makes half of the universe disappear with just a snap of his fingers. 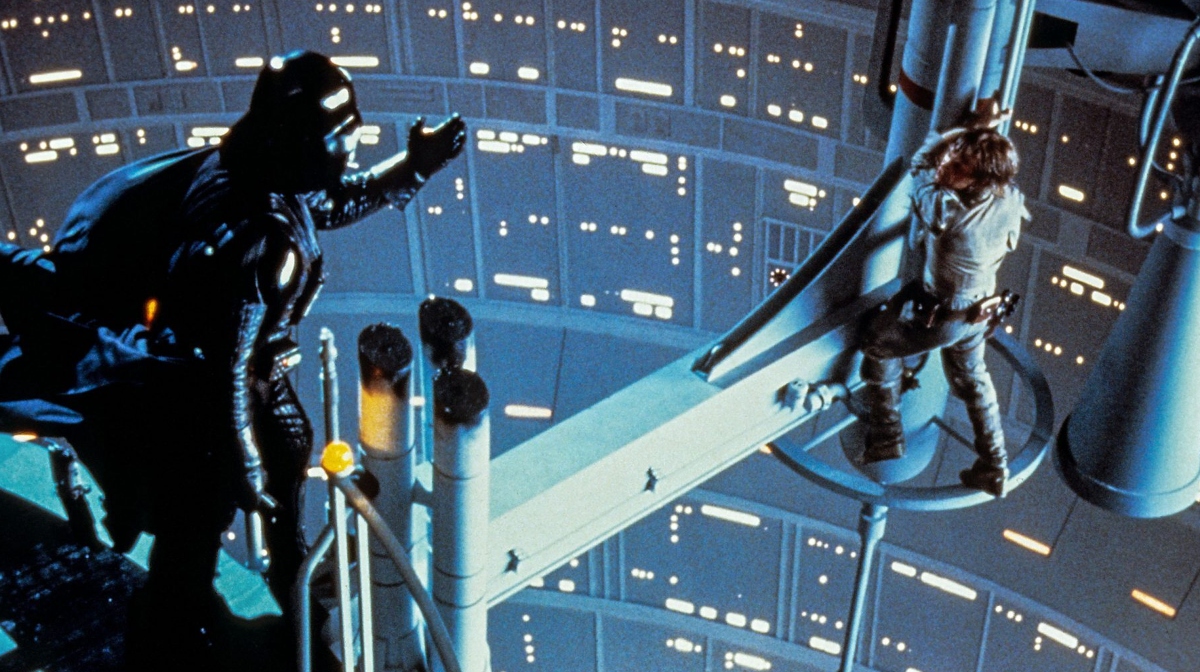 The most iconic Star Wars movie of them all might also be one of the most depressing ones. Not only do we learn that Luke Skywalker is the son of the galaxy’s ruthless overlord, but we also lose Han Solo in the process.

At the time of “Empire Strike’s Back”’s release, no one knew for sure how the trilogy was going to end. Seeing the Galactic Empire getting away with it at the end of the movie was a shocking moment of hopelessness for the franchise. For a series that’s always been about good overcoming evil, “Empire Strikes Back” sticks out like a sore thumb, and that might be the reason why it’s considered the best out of the entire saga by critics and fans alike.