You may not realise just how many films have been shot here. Budapest is often used to depict Paris or other cities and in various epochs. Although many more movies were shot in Budapest, we take a look at the last decade with a film from each year.

Here are ten films that boast Budapest, or its world class studios, as a filming location.

This British film stars Academy Award and Primetime Emmy winner Rosamund Pike as Marie Curie. Budapest was used for many Paris street scenes. In thelocationguide.com Producer Paul Webster says “…you can shoot late 19th Century and early 20th Century “Parisian” interiors more easily in Budapest than in Paris. There’s more freedom. The city dates from the same era as Paris – Pest was built in the 19th Century by some of the same architects – and there are a great variety of locations… The extraordinary MAV building, which we used for the hospital scenes, was like having your own film studio… Budapest is a very film friendly place to work” 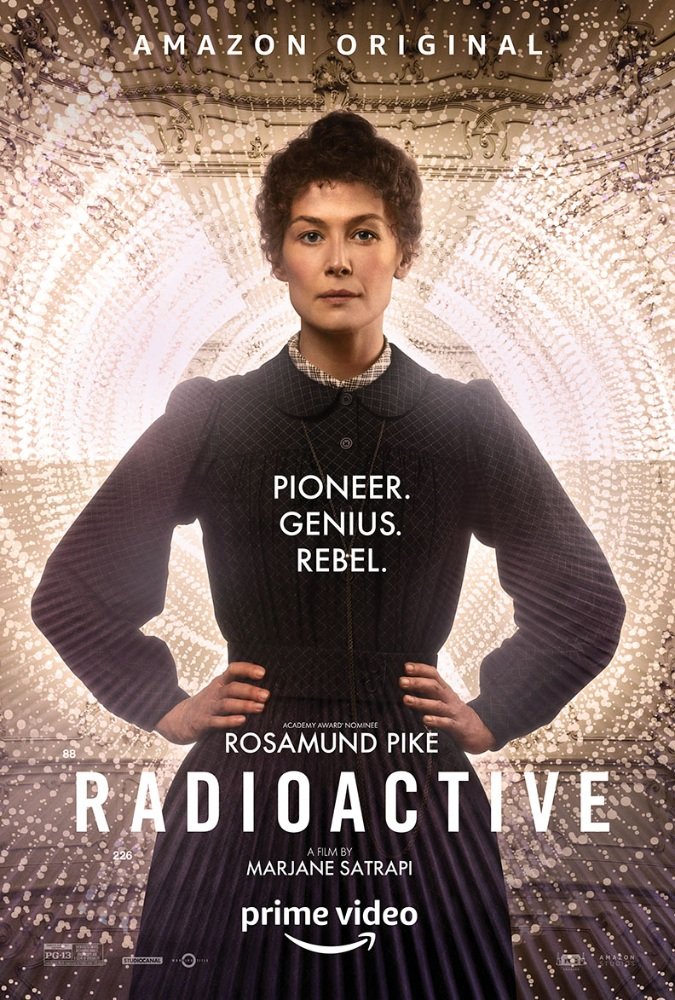 Directed by Tim Miller this is the 6th of the Terminator movies. Notably, the hardest scene to achieve, which was the actors floating gravity free in an enormous airplane’s fuselage, was filmed in Budapest. The largest ever gimbal (pivot that supports a set that can be rotated) to be built of 85 ton with over a mile and a half of hydraulic hoses linked to the five mega hydraulic pumps, was commissioned by the Special Effects Supervisor Neil Corbould. The set took five months to design and five months to build. You want to see it now just for that scene, right? Other parts of Hungary featured too, such as the old Nokia factory in Komárom which was depicted as a detention centre on the Mexican-US border.

This American action comedy thriller was directed by Susanna Fogel and stars Mila Kunis, Kate McKinnon, Justin Theroux, Sam Heughan, Hasan Minhaj and Gillian Anderson. In a movie where there is a chase happening all over Europe our dear versatile Budapest played not only itself but stood in for Vienna, Prague, Paris, Berlin and Amsterdam. It even got to be a Los Angeles bar using Józsefváros’ Grund Pub. Despite a healthy dosing of CGI many locations remain recognisable such as Corvin Square, the upper floor of the car park at KÖKI Terminal Shopping Centre and the library of the Technical University of Budapest, which plays Bibliothèque Mazarine in Paris. 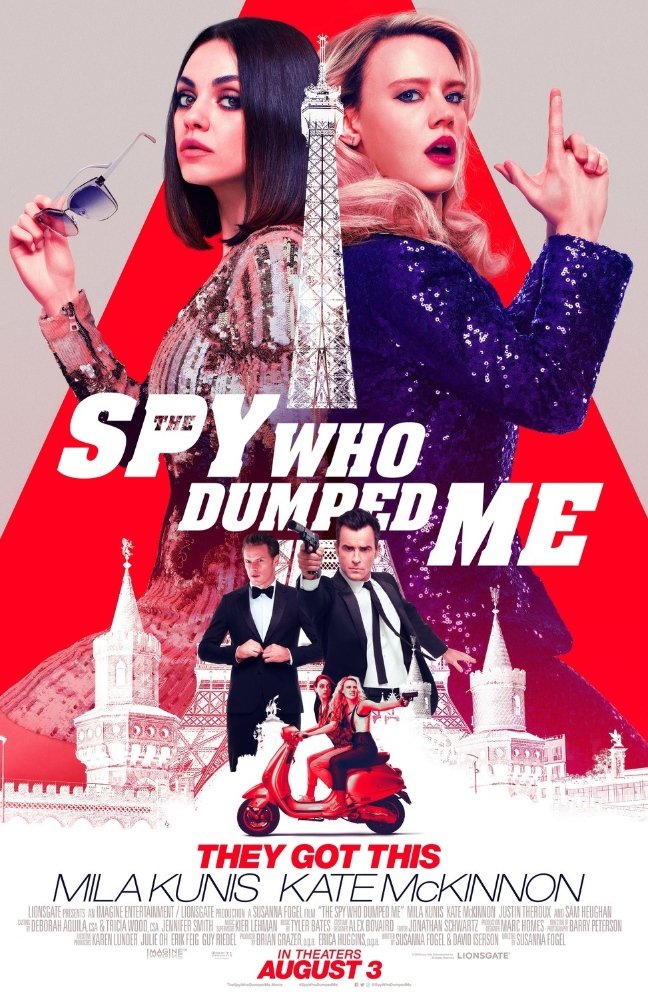 This sequel to the 1982 film Blade Runner stars Ryan Gosling and Harrison Ford. After Ridley Scott stepped down from directing to become executive-producer, Denis Villeneuve took the helm. Unable to find a suitable sound stage in London the scouting team headed over to Hungary on Scott’s advice. Shooting mainly took place at Korda Studios and Origo Studios. The Budapest Stock Exchange’s Liberty Square palace interior doubled for a Las Vegas casino. A dystopian feel was excellently provided by abandoned industrial sites from the communist era such as the Inota and the Kelenföld power stations.

This action mystery thriller film is based in part on the 2013 novel of the same name by Dan Brown standing as the sequel to The Da Vinci Code (2006) and Angels & Demons (2009). Tom Hanks again plays Robert Langdon. After scenes in other iconic European locations were shot, most of the film was shot at Origo and Korda Studios in Budapest with Korda used for underwater scenes. Many Budapest locations were used, doubling as Italy, from both iconic old monuments and modern buildings to down-at-heel neighbourhoods. Supervising Location Manager, Sam Hutchins, spoke to KFTV.com about using Origo “That is where we built our major sets and set up our production offices, mill, costume department, SFX workshop. It’s a fantastic facility that is easily reachable from downtown and extremely user-friendly.”

An epic tale where Matt Damon plays an astronaut left behind on Mars and one of Ridley Scott’s highest grossing films ever. This US and UK award winning (Golden Globe Award for Best Actor and Best Motion Picture) co-production chose Hungary to shoot. Twenty sets for interior scenes were built there as Budapest’s Korda Studios boast one of the largest sound stages in the world as well as one of the tallest. An operational potato farm was also put into place at the studios to provide the vegetables for some scenes. The modern architectural delight the Balna Centre was used as NASA and Müpa Performing Arts Centre as the Chinese space complex.

This, another box office success, was filmed in Budapest. Director, Brett Ratner told thelocationguide.com “We were able to create incredible battle sequences on a scale I never dreamed you could shoot – let alone survive – with horses, chariots and hundreds of warriors.” The production used four of the eight sound stages of Origo Film Studios and the entire backlot. Stabling was needed for horses plus plenty of room for the throngs of extras.
Origo’s catering was kept busy feeding over a thousand mouths some days.

Bruce Willis is back for the 5th Die Hard film. Budapest played Moscow in this action film. Also in Hungary a military shooting range near Hajmáskér was used for shooting live ammunition, and car chases were shot at a Formula One racing circuit in Mogyoród. Some of the filming was observed on Ulloi street in Budapest – onlocationvacations.com wrote that “For the shoot they brought in 50 Russian cars and bigger vehicles and covered all the nearby shops with Russian signs. The set up was for a scene in which a guy in a Russian armored vehicle aims a rocket launcher at a military jeep during a chase.”

2012 Astérix and Obelix: God Save Britannia

This movie is the fourth film adaptation of the adventures of Astérix and was filmed in many European countries. Mafilm Studios in Budapest, Hungary created the Gallic village, Londinium and the Rugby stadium. Budapest also served as the Roman headquarters in Londinium.

In the 4th part of the impossible missions, Tom Cruise briefly graced Budapest as Ethan Hunt. The opening scene takes place near Budapest Keleti Train Station, where an IMF agent is being terminated. The train station was also used in the 1990’s film Evita starring Madonna.

These are just some of the many films that have been shot in Hungary which offer an attractive 30% incentive to productions.